Proto-World language (until about 100000 years ago)

Me and my son allowed him to spy on humanity

What is of "Space" Gneurshk!?

Now the rest of humanity

Stop believing we lived amongst those weird non-ball "dinosaurs". We missed them by around 65 million years.
If you're searching for the "Middle Eastern caveball", see

caveball which represents peoples who lived before the other caveballs. He lived in the Ice Ages with wooly mammoths and ice. They first wrote on rock as paintings to communicate among other caveballs. They harvest, hunt, and eat life hunting now-extinct animals.

4balls met Neanderthalballs in multiple occasions, they fought together (and each other) for survival until the latter one became extinct by unknown circumstances. They tried to protect their people from human expanding, but that didn't work out well.

He is the ancestor of all the balls of that lives in Earthball. The oldest records of his existence were thought to be in 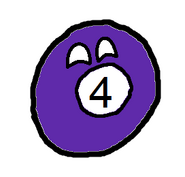 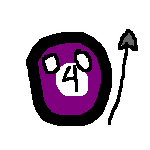 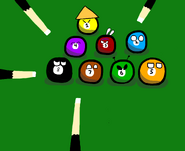 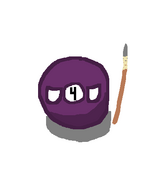 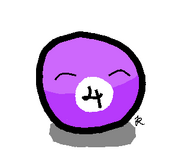 Retrieved from "https://polandball.fandom.com/wiki/4ball?oldid=1360341"
Community content is available under CC-BY-SA unless otherwise noted.