Poor in every country since the GDP and USD are very low...

Every African country (and

8balls not in Africa)

Canadaball (you were always nice to me)

UKball (Formerly; for slavery and colonization)

Franceball (Formerly; for slavery and colonization)

Portugalball (Formerly; for slavery and colonization)

Netherlandsball (Formally; for slavery and colonization)

accusing me of rioting

Being a slave. Being taken advantage from by superpowers, racism,when people call hm the n word.

Yes, but it is rare. Most countries do not have the monies for that...

Anything that the land provides

Rich in North Africa but poor in Sub-Saharan Africa (except South Africa and Equatorial Guinea).
8ball (also known as Africaball) is a Caveball that represents historical Africans, African tribes without a flag, and sometimes descendants of Africans and appears in some comics. He often gets Anschlussed by everyone with civilization. He is the eyes of

Romaniaball don't get mixed up.

8ball was always known. They created several kingdoms and empires like the

But they started to be enslaved by other balls because these balls said they were "strong and uncivilized". When Europe realized that if they invaded Africa, they'll always have slaves, so they started colonization of Africa. It ended during WWII when 8ball arose and understood that Europe isn't good for him. So, he became independent from Europe but still enslaved in different ways.

Now, They mostly respond to people with african languages instead of the ones spoken by their colonizers.They play lots of basketball and hate racists. 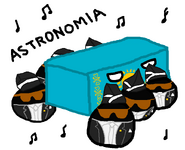 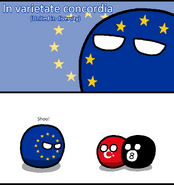 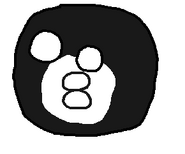 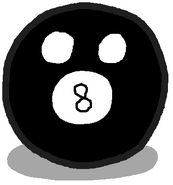 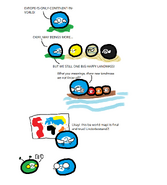 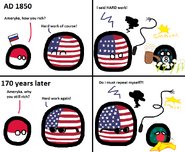 By u/woryok
Add a photo to this gallery