Denmarkball. He was born in 1342, and is happy like most other Danish cityballs and countyballs. He has a population of 113,417. Its also where the Prime Minister of Denmarkball was born.

Aalborg was first settled over 1000 years ago because of it being on the Limfjorden, there were at least two settlements and one burial site as far as we know. It was first mentioned on coins under it's original name, Alabu(r) when King Harthacnut, the semi-legendary king of

Denmarkball settled in the area. After this, it wa mentioned several times again and had massive developments made into it. It was also an important harbour for ships coming from

Denmarkball gained the territory of Aalborg after marrying Helvig of Schleswig, The town prospered, becoming one of the largest communities in Denmark. Its prosperity increased when the merchant- and trade association Guds Legems Laug was established in 1481, facilitating trade with the Hanseatic League. In 1516, the King of

Denmarkball granted it a monopoly in slating Limfjorden's herring. In 1530 a large part of the town was destroyed by fire, and in December 1534 it was stormed and plundered by the king's troops after a peasants' revolt known as the Count's Feud. In 1544, after the Reformation happened, Aalborg became a Lutheran bishopric with two of its monasteries being burnt down as a result.

From 1550-1640, Aalborg became a massive town, it gained great prosperity and was booming with foreign trade. During the second half of the 18th century, Aalborg entered a further period of prosperity. In Erik Pontoppidan's Danske Atlas (Danish Atlas) it was described as "after Copenhagen, the best and most prosperous market town in Denmark". The population grew from 4,160 in 1769 to 5,579 in 1801. In 1767, the second newspaper ever published in Denmark appeared in the city. After in 1814, when

Swedenball, Aalborg lost its importance as the centre of Norweigan trade and its industry also took a toll as all the fish disappeared due to sea problems. However, towards the end of the 19th century there was an upturn, in 1865 and 1869, railways and bridges were built and the harbour facilities were also improved. By 1901, Aalborg had almost 31,500 people.

At the beginning of the 20th century, Aalborg decided to take a more industrialized route and modernized very quickly, first by taking down the old houses and replacing them with 20th century-style (which would have been considered modern back then) houses and also idnsutrailzied bringing tons of new factories, employment was at all time high and the facilities and bridges within the city were greatly improved upon. In 1938, Aalborg Airport opened up for the first time. In 1940, during the Second World War,

Norwayball and the RAF (Royal Air Force) owned by

UKball, but failed miserably. After the war was over, the British took all of the German bases down. In the 1970s, Aalborg's industrial importance began to decline as well as its population until it slowly came up back again in 1990.

By the year 2000, the service and education sectors accounted for about 60 percent of the workforce, partly as a result of the founding of Aalborg University in 1974. The First European Conference on Sustainable Cities and Towns took place in Aalborg in 1994. It adopted the Aalborg Charter, which provides a framework for the delivery of local sustainable development and calls on local authorities to engage in Local Agenda 21 processes. The Fourth European Sustainable Cities and Towns Conference, held in Aalborg in 2004, adopted the more binding Aalborg Commitments on local sustainable development. The commitments have now been signed by 650 local authorities while over 2,500 have signed the earlier Aalborg Charter. 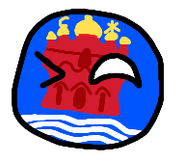