No, but can into Babylonian astronomy

Achaemenid Empireball was the first Persian dynastyball ever, it was also of a stronk empire, and stretched from Thrace to the Indus Valley. At one point, they ruled between a fourth and a half of

Earthball's population (which was much smaller back then, but still). Achaemenidball would remain in power for over two centuries until gradually weakened by rebellions, and conquered by

Alexander the Great in 330 BC. It also created the first human rights.

Achaemenidball was born as the

Median vassal of Persis, which was created by the Iranian peoples who arrived in the area around 1000 BC. Under the leadership of Cyrus the Great, the Persians revolted against the Medes in 553 BC, and finally defeating them in 550 BC, gaining all of the Median territories. This eventually brought Achaemenidball into conflict with

Neo-Babyloniaball. After the conquest of the Lydian Kingdom, Cyrus turned east to quell the rebellions started by Bactriaball and Sakaball. Later, Cyrus conquered the Neo-Babylonian Empire, helping to free the

Babylon, allowing them to return to their homeland and restore

Jerusalem, including building the Second Temple. Cyrus eventually died on campaign in 503 BC in an expedition against the

Massagetae and was succeeded by his son Cambyses II. 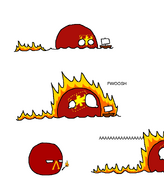 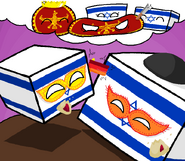