Have you tried African food? Neither have they!

Rebirthed from the Organization of African Unityball

I bless the rains down in African Unionball is a place that every 60 second passes here, a minute passes at other place on the Earth multinational union, which is comprised of almost all the independent sovereigns in the African region. It is based in

EUball, but is not as cohesive as a union. It is comprised of many different communities merging, resulting in a confusing system of different sub-organizations. He’s also very useless since he doesn’t care about the reports, and some African Clay is trying to break out of him. Some foreign people also says he’s a weirdo because of his culture.

Sahrawi Republicball is a member.

In 2019, due to the Sudanese protests, crisis, and the shooting of dozens of protesters,

Sudanball has been suspended from the

Sudanball was admitted back to the

African Union in September 2019. Unfortunately, the very next year,

Maliball staged a coup d'etat in August and managed to get himself suspended instead. 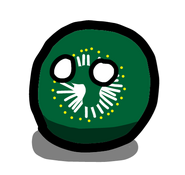 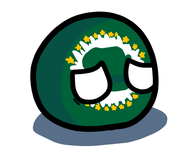 By u/salmon_222
Add a photo to this gallery