PAPA!!
All ethiopian provinces except for Oromia and Tigray

He accuses me of being racist AND STOP MASSACRING ME

HABESHA UNCLE WHO NEEDS TO GO TO A MENTAL HOSPITAL

OHH NOOOO YOU THINK YOU CAN STEAL MY CLAY AND BE INDEPENDENT???

It was known from the fact that all of the

Abyssinian kings and queens came from his clay, starting with sheba and ended with

Haile Selassie. Amhara was also known to be the birthplace of

Beta Israel and the child of Solomon. They also do not know that they are extremely privileged in Ethiopia, since most Ethiopian textbook is from habesha writers. They are the second most populous ethnic group in Ethiopia and they like being relevant. He can sometimes be a Karen against

Oromos, so the oromos plan to do a recent Massacare agasint them. 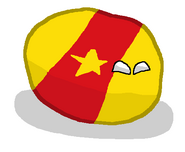 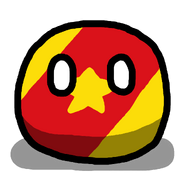 Retrieved from "https://polandball.fandom.com/wiki/Amharaball?oldid=1305157"
Community content is available under CC-BY-SA unless otherwise noted.