being classified as Tatar

Russiaball. His attitude with other people is kinda friendly.

Bashkortostan is not of Tatarstanball. 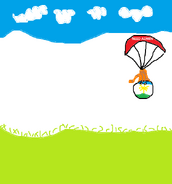 Retrieved from "https://polandball.fandom.com/wiki/Bashkortostanball?oldid=1291325"
Community content is available under CC-BY-SA unless otherwise noted.