Presidential Democracy inside of a

Introvert, likes going out with other members of macronesia like

Madeiraball (you can have las Salvajes!)

He's an autonomous community of

Spanish autonomous regionball near the coast of

Moroccoball. They are mainly known for their tourist attraction and beaches. It is sometimes counted as an oversees territory with special voting rights like

French Guianaball. They are very proud to be a part of

Spainball because that made them stronk, but apparently for a reason, they don't like

Madridball at all. In 1977, the worst aviation accident in history on

The original inhabitants of Canary Islandsball is

2ball called Guanches, they are

Berbersball's relative. However despite only separated by 62 km wide strait with Africa, there is no records of contacts with fellow

Berbersball, even more strange that

Umayyadball and its kebab successors ignored him. Nevertheless, he is reported to have met

Carthageball back in antiquity times.

Europeans from Iberian Peninsula and Italy started exploring the islands and establishing religious missions. Then

Spanish Empireball conquest started in 1402 and ended in 1496 with native populations almost exterminated; the survivors assimilated with Spanish colonist. After that

Spanish Empireball and fellow Europeans used Canary Islands as stopover for his trans-Atlantic voyages to use strong winds passing his clay.

In the 20th century he became popular tourist destination, however some of his inhabitants turned into separatist. They carried several terrorist attacks including one attack at Gran Canaria Island airport in 1977, which forced him to divert air traffic to another airport in Tenerife Island. Because of this chaos, Tenerife airport disaster happened, which until today remain the deadliest aircraft incident in

Today he is still busy with tourist as ever, and likes to enjoy mild Atlantic breeze with his brothers. 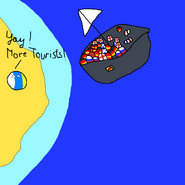 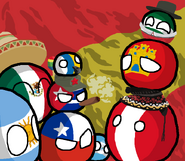 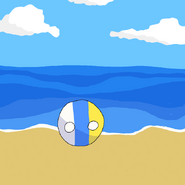