Chagatai Khanateball was a Nomad Khanate in the Altai Mountains and Central Asia, it was born in the 13th Century after the fragmentation of the

Chagatai Khanateball was born after

Mongol Empireball invaded Qara Khitaiball and it wasn't until 1225 when they were born via as a vassal revicing Mongol Empireball's orders. In 1238 Chagatai had to put down a uprising in Bukharaball was put down by Chagatai Khan who died in 1242. After some civil wars Chagatai Khanateball was independant from

In 1275 Chagatai Khanateball went to invade Yuanball once again, invading Punjabball and pushing further in a invasion of

Christanity and bulit a chruch but Muslims weren't too fond of it and killed a christian sent by the pope near the border of Kazakhbrick. In the 1340's Chagatai Khanateball faced several revolts dued to instablity, spilting into the West and the East. The short lived Western Chagatai Khanateball eventually becomes anschullsed by

Timurid Empireball while The eastern realm becomes the succesor khanate of Moghulistanball.

Moghulistanball - Son who eventually becomes kebab, bascially my only succesor after Western Chagatai Khanateball was killed.

Golden Hordeball - The only mongol brother I don't have issues with. May I bless you for helping me against these assholes.

Uzbek SSRball - Descendant of Timur but thanks for attempting to bring back my language as yours, unforturently it is considered a dead language *weeps*.

Papal Statesball - I tried to introduce christanity into my clay, sorry the guy you sent was assassinated by muslims.

Islam - Stop revolting against me and maybe let the other religions have some freedom! You are of causing conflict in my clay. But my leaders later kebab and so did my sons so you is not of too bad.

Yuanball - IF IT WEREN'T FOR YOUR STUPID

ALLY YOU WOULD BE NOTHING! REMOVE FAKE CHINESE!

Delhi Sultanateball - Indian of persian descent who I heavily dislike and had tried to remove many times, good you were removed finally by my

Dzungar Khanateball - You killed my last descendant ending my legacy! Fuckings you! 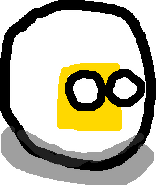