He killed my Father

Netherlandsball's adopted son and the

Indonesiaball before he became independent.

In 1815, Mount Tambora in his territory, erupted, the eruption kills thousands and can be heard from more than 1,000 miles away. In 1883, a much smaller eruption occured in Mount Krakatoa.  In 1940

Empire of Japanball Raped him from his father and

USAball bomb Japanball's clay made him surrender and the end of WW2 and he was recolonized again in 1945.

After WW2, he changed his name to

British Indiaball (Until 1946) and supported

Japanball, but later his Father eventually recognized his independence. 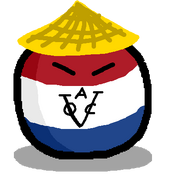 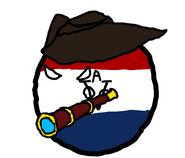 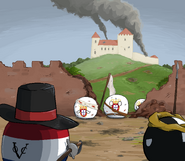 Add a photo to this gallery
Retrieved from "https://polandball.fandom.com/wiki/Dutch_East_Indiesball?oldid=1298004"
Community content is available under CC-BY-SA unless otherwise noted.