My Adoptive Dad who is my Biological Brother

Si, señor!!! We have the Kennedy Space Center!

Mixture of Caribbean and American into Floribbean cuisine. Publix Subs.

A close call about a hurricane from the East-side

FloridaManball is a US stateball in the Atlantic coast. Also, Florida is a Mickey Mouse peninsula. He has yet to clean themselves up from revolution

Florida can into space and his theme park, Disneyworld. Can into better beaches and theme parks than

Californiaball. He also has swamps. Snakes and alligators are always roaming freely in his streets. Is deftly afraid of the day that global warming makes the ocean swallow all his clay, but for now is trying to pretend that won't happen.

Floridaball can into amusement parks very well. He can also into public police reports that reveal the true craziness of the state.

Florida also joined his siblings in the

Confederacyball, but he didn't really do anything to help. He has a significant Spanish-speaking minority due to being a former colony of

Spainball and because of refugees fleeing the

revolutionary to the south.

It is important to note that weird, stupid, news happen in Floridaball and also Flordiaball is really old. Floridaball was hit by Hurricane Matthew, causing major damages to some of his sons and daughters. Then, his dad USAball had to pay for the damages because why not? He got into a problem with toxic red algae in 2017 after Hurricane Irma, but he was fully free from its grasp in 2019.

TampaRawr is his pet, one of the very few Rawrs in the world.

"Boy, we got a jit going ham in the dolla sto!"

"I'm rich like Rick ross"  and less we not forget

the homeless is illegal.

We were bad, but now we're good, we're moving into your neighborhood 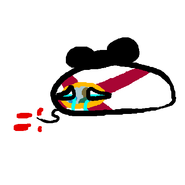 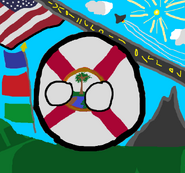 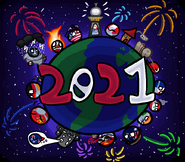 Retrieved from "https://polandball.fandom.com/wiki/Floridaball?oldid=1302219"
Community content is available under CC-BY-SA unless otherwise noted.