ibero, Being apart of spain, (alot)

I WANT FREEDOM!
For the place with the same name in central Europe, see Galiciaball (Central Europe).

Galiciaball can not into celtic is a northwestern

Spainball autonomous communityball (regionball). Galicia has its own romance language: Galician (Gallego), which is associated with the Celtic nations, and in reality doesn't want independence (independencia).

Portugalball wants them because of the old glories but Spain don’t approve that.

Cataloniaball) is most of the time seen as a separate country in Polandball maps and comics because of their own identity. In 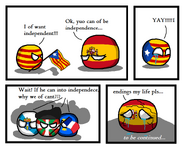 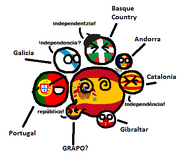 Spainball and his separatist movements 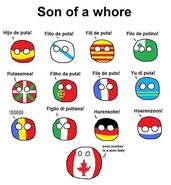 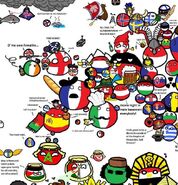 Retrieved from "https://polandball.fandom.com/wiki/Galiciaball_(Spain)?oldid=1352803"
Community content is available under CC-BY-SA unless otherwise noted.