German East Africaball was an African German colony who was born in 1891 due to the scramble for Africa and the Berlin conference. German East Africaball Is best known for his fight against the UK during WW1 In which he used guerilla warfare and knowledge of the terrain to his advantage causing him to last longer than his Father during the war and only surrender because of lack of equipment overtime and the news of his Father surrendering. Today his clay now belongs to Tanzaniaball,

Tanzaniaball was born as an 8ball, adopted by German Empireball. After WW1 it was stolen by British Empireball. 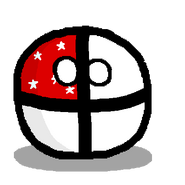 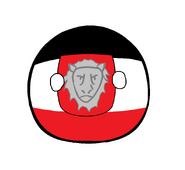 Retrieved from "https://polandball.fandom.com/wiki/German_East_Africaball?oldid=1295863"
Community content is available under CC-BY-SA unless otherwise noted.