Other co founder of AU

You don't even deserve independence!

Colonialism, people who show bad things about him, Luis Suarez, You know i’ll get and tiktok

Yes and also can into coffin dance

Jollof Rice (MINE IS BETTER THAN

Can into space but not into the world cup

Ghanaball, officially known as Republic of the Coffin Dance Ghanaball is a coffin dancer countryball in Africa. He is the first African countryball to break away from European colonialism.

He is a member of the Atlantic-Congo family.

His current president is Nana Akufo-Addo.

If he appears in a near-death situation, you are so fricked up. He will just do the

Ghanaball was born as an coffin Danceball 8ball and was colonized by UKball in 1921. He is the Grandson of

Enemies that should get inside the ⚰️ coffin 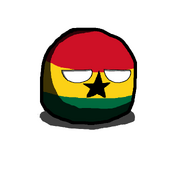 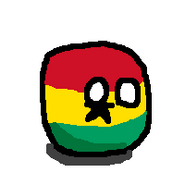 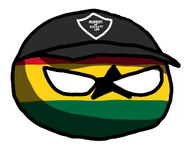 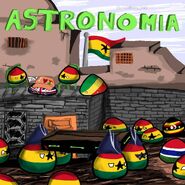 Retrieved from "https://polandball.fandom.com/wiki/Ghanaball?oldid=1264526"
Community content is available under CC-BY-SA unless otherwise noted.