Everyone else but most importantly:

One day with the will mighty Allah!

HE IS KEBAB EATING JIHAD! 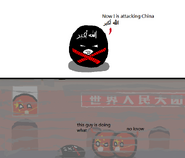 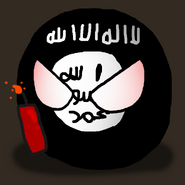 Retrieved from "https://polandball.fandom.com/wiki/ISISball?oldid=1280006"
Community content is available under CC-BY-SA unless otherwise noted.