Doesn't even know what that is

1ball but European colonizators nearly destroyed him in the 20th century.

Inuitballs have a very long history. They have been around for over 14,000 years.

Now they are one of the last native Americans. Now the people are being protected and pretty much free up in

Inuitballs have an unofficial flag. However, it's somewhat difficult:

They can also be drawn as 3balls: 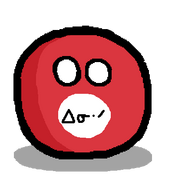 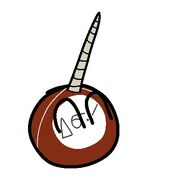 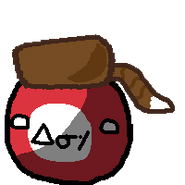 Retrieved from "https://polandball.fandom.com/wiki/Inuitball?oldid=1318094"
Community content is available under CC-BY-SA unless otherwise noted.