Khedivate of Egyptball was an

The state known as the khedivate of Egypt ended when the British had high control over the Region, It was succeeded by the Sultanate of Egypt. 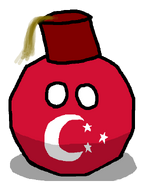 Retrieved from "https://polandball.fandom.com/wiki/Khedivate_of_Egyptball?oldid=1308215"
Community content is available under CC-BY-SA unless otherwise noted.