Kingdom of Romaniaball (before WW1)

Kingdom of Italyball (before become a traitor)

no but can into spacemarines

Currently is Part of Russiaball...but waiting for the moment to return

Germanyball, heir to the Prussian virtues of Ruthless Efficiency. For over 244 years he dominated central Europe with his mächtig armies and united most of the kingdoms and states of the past

Holy Roman Empireball into one powerful countryball known as the

In the year 1226, the area known as Prussia was conquered by the

Teutonic Knights, a military religious order under the

Holy Roman Empire, who slowly exterminated the native pagan Old Prussian Baltic tribes with a ruthless efficiency only rivalled by the

Templar Knights. Their lineage under the

Germanyball) would be renowned for. The Protestant Reformation in the early to mid 1500s saw most Prussians convert to Protestantism. In 1525, Prussia became a hereditary duchy under Albrecht Hohenzollern, the last grand master of the Teutonic Knights.

West Kingdom of Prussiaball and

Polandball, and a small portion of the

Sovietball). It was in Brandenburg that was built the site of the establishment of Prussia's new capital,

Berlinball, future capital of Germany. In 1806 he went to war with

Franceball but was defeated in 2 weeks.

A major event in German history was the defeat of

Franceball in the Franco-Prussian War in 1871, making Kingdom of Prussiaball a world power. It was during this war that, in 1870, Otto von Bismarck, Prussian chancellor and exemplar of Germanic Efficiency, orchestrated the unification of the German states. The

Kaiserreich was established under Prussian leadership with Bismarck as Chancellor and Berlin as the capital. Wilhelm II, the last of the Hohenzollern dynasty, became Emperor of Germanyball (Kaiser) in 1888 and ruled until Germanyball's defeat in World War I.

After defeat in World War I,

Germanyball was forced to give up the Danzig Corridor/Panhandle to

Danzigball once again became a free city. This caused the province of

East Kingdom of Prussiaball to be separated from the rest of Germanyball. The Rosenberg District was at this time contained in East Prussia.

Germanyball's suicide in World War II, Kingdom of Prussiaball was the initial scapegoat for everything as he was accused of being militaristic, war-obsessed and the creator of

Reichtangle (Altough the truth is that

Reichtangle was created after splitting

Nazi Germany, they are just too stupid to realise). In the Polish and Eastern European territories, Kingdom of Prussiaball has been expelled and ceased to be. The old Rosenberg District in now part of the Itawa District of Polandball, and all of the villages now have Polish names. His heritage still survives through Germany to this day though and threugh his son Rhineprussiaball that is a micronation

Kingdom of Prussiaball was often hated by everyone else because of being excessively über-strict, a pragmatic, disciplined and merciless workaholic who values efficiency above all. Yet this act of toughness to everybody else was more of a Realpolitik way to protect his adopted children, the

Germanyballs, from further abuse and bullying by their neighbours. And when it came to his stepsons, even to the too-carefree

Bavariaball, he revealed himself to be very caring, concerned only with unifying his fragmented stepson countryballs so that they could be strong together. His motivation for the creation of the

Reichtangle was to secure a one Fatherland where his

Germanyballs could enjoy their own Fatherland secure for themselves and by themselves, no longer abused and bullied by outside powers, a single superpower allowed an opportunity to be the centre of Science and engineering for years to come. Even today

Germanyball, though remembering himself as a quite punishing and demanding mentor, admires himself and upholds himself as the standard for the efficiency that

Germanyball today is renowned for all throughout the world. 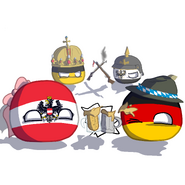 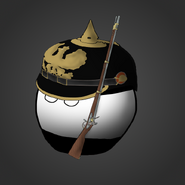 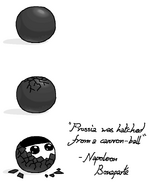 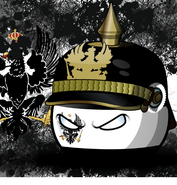 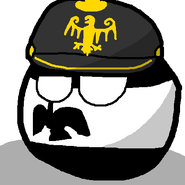 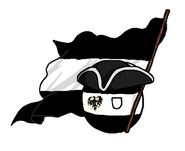 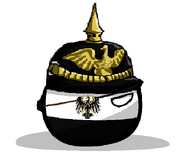 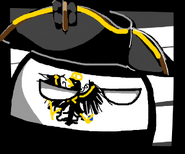 By u/LenoMaicon
Add a photo to this gallery