Communism, Poverty, being claimed by

if Czech and Slovakiaball help him he can!

I used to be ordinary, but today I'm a successful person.

Liberlandball is a micronationball located in the Balkans. He was born between

Liberlandball would be the 3rd smallest countryball by area in the world. But as of today, it will never count. He is considered as the most legitimate attempt at a micronationball. He has also established relations with Serbiaball.

Jedlička stated that neither Serbiaball, Croatiaball nor any other nation claims the land as its own, and creating a nation. He stated that because it was unclaimed, he could take it and create a country, and he did so.The border, he argued, was defined in accordance with Croatian and Serbian border claims and did not interfere with any other state's sovereignty. He said in April 2015 that an official diplomatic note would be sent to both Croatiaball and Serbiaball, and later to all other states, with a formal request for recognition. As of now, said request has not been fulfilled except by other micronations. 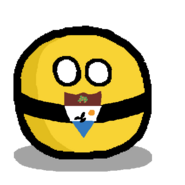 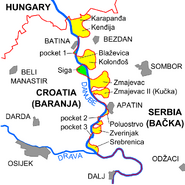 Map of Liberland (known as Siga shown in map) 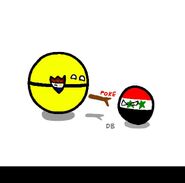 Add a photo to this gallery
Retrieved from "https://polandball.fandom.com/wiki/Liberlandball?oldid=1259763"
Community content is available under CC-BY-SA unless otherwise noted.