Gib monies and I halp yuo

Cows, Cutting trees and his swamp

Shrek Shrek
Mato Grossoball is a state of Brazilball. It is the South American version of Texasball.  He has a swamp called ''Pantanal'', that he shares with his brother Mato Grosso do Sulball and his parents Boliviaball and Paraguayball, He also has the largest bovine herd in Brazil, and has a huge cotton and soy production. 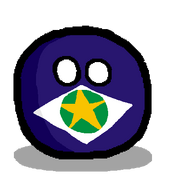 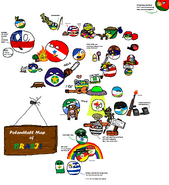 Retrieved from "https://polandball.fandom.com/wiki/Mato_Grossoball?oldid=1224890"
Community content is available under CC-BY-SA unless otherwise noted.