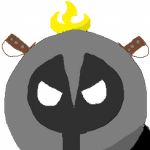 1. no dumb shit (seriously would your ancestors and descendants be proud of the shit you wrote?)

2. no friendreqs (this ain't myspace i'm not adding you to my friends list just because you asked me to and you already know why i don't have friends on my page)

3. no art reqs (terrible keeping up with those)

4. don't act like literal cancer (probably goes with #1 but what do i know)