Sealandball Beaten you 8-1 hahaa! Still a good friend though...

I SUPPORT AZERBAIJAN NOT YOU!!!

Gyros, being not recognized,Mustafa Akıncı

Cyprusball (As the name suggests). He is supported by kebabs, but only

Nakhchivanball recognize him. He also hates

UNball adopted Resolution 541 in later in 1983, declaring his independence from

His passport can only into 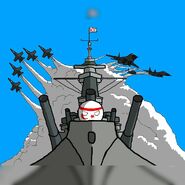 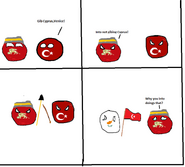 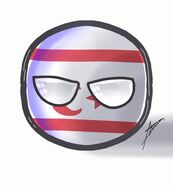 Add a photo to this gallery
Retrieved from "https://polandball.fandom.com/wiki/Northern_Cyprusball?oldid=1287395"
Community content is available under CC-BY-SA unless otherwise noted.