No
Parthiaball was an ancient iranic kingdom located in modern-day Iran.

In 247 BC, when Seleucid was weak, Parthia came from Turkmenistan steppe crushing Seleucid clay in Persia. After he threw Seleucid, he took the whole of Persia.

All along his life, he spent most of his years with Armenia to fought SPQR. He didn't want SPQR take Persia. Year 116 was his worst year. At that year, SPQR took Ctesiphon, his capital. But, he has many archers and suceeded retook Ctesiphon at battle of Carrhae.

He was the Iranic empire who have 3 vassals kingdom like Persis, Elymais and Charachene.

In 216, One of his vassals, Persis led by king Ardashir I revolted and killed him. And Persis took the whole of Persia. Then Persis changed his name into Sassanid.

Parthiaball never had a flag or vexillum, so we draw it with this: 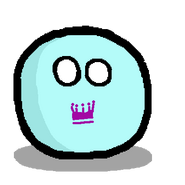