No, but can into discovering North Phoenician star

"Now the Phoenicians can get down to business!" -Bill wurtz
Phoeniciaball was a very strong and mighty kingdom in the Levant. He can into inventings weird letters and trade. His son was Carthageball. Phoeniciaball made the first letters. Greeceball took Phoeniciaball's letters to make his own alphabet too.

Phoeniciaball evolved from Canaanball around 1200 BC. He invented the first non-hieroglyphic alphabet and was very rich. He also had many colonies all around the Mediterranean.

He was very difficult. He was conquered by Achaemenidball in 539 BC. 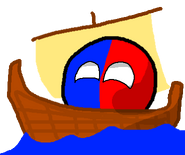 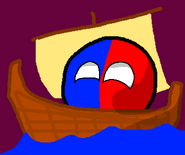 Retrieved from "https://polandball.fandom.com/wiki/Phoeniciaball?oldid=1236518"
Community content is available under CC-BY-SA unless otherwise noted.