One sixths of Earth's

Plutoball's surface is rather varied, ranging from charcoal-black patches to white glaciers. He also appears to be geologically active. 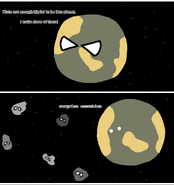 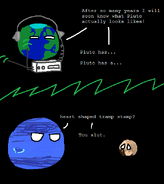