Genocidal Monster that is my Father

Only had a flag for shipping and Naval purposes

Germanyball. He was occupied by

Franceball (Allies). In 1949 he was succeeded by

ReichRawr represented Allied-occupied Germany and was pretty much the boss of each occupation zones (under Allied guidance).

Under USAball's guidance, he established re-education programs, destroy any traces of Nazis, and made newspapers to expose the population to his FREEDOM culture to Germany in an attempt to make them have an appeal for "American Democracy". USAball also gave it's zone a pair of shades.

In 1949, the American Zone agreed to BLAND UP unify with other zones, on which the Soviet Zone reluctantly refused and later formed East Germanyball.

The Soviet-Occupied Zone was born when Soviet Unionball entered Eastern Germany but wasn't established until shortly after the surrender of Nazi Germanyball.

Between 1945 and 1949, Sovietball repeatedly starved and raped (rumored) the Soviet Zone to redirect supplies to other German refugees. During this period, Sovietball began a process to make its zone communist, forming the early identity of East Germanyball.

In 1949, despite the pleas of the Soviet Zone, Soviet Unionball denied it to "blend up" with its western counterparts and formed East Germanyball shortly after.

The French-Occupied Zone was born when Franceball occupied its portion of Germanyball in 1945.

As exampled from Saarlandball, Franceball disliked the idea of a united Germanyball from its rivalry with Germany in past wars. Thus, Franceball attempted to make the French zone take on its own identity through anti-collaborationist policies. Only distinguishing itself from its counterparts by taking on a somewhat isolationist foreign policy.

In 1949, Franceball reluctantly gave its French Zone permission to combine with the other zones to form West Germanyball, with the exception of the Soviet Zone and Saarland which later joined in 1956.

The British-Occupied Zone was born in 1945 when British forces, under Canadaball's spearhead, occupied Netherlands before Nazi Germanyball surrendered, allowing them to take the neighboring Nazi Germanyball's clay in the northeast.

Unlike other zones, the British Zone mainly kept to itself and experimented with the creation of the modern states of Germany, such as Lower Saxony. The British Zone, along with the American Zone, were the only zones who stayed true to most of the deals. The zone also was the entrance of supply-lines of the west into Allied-occupied Germanyball. Even going as far as making its own flag based on ports.

In 1949, UKball allowed the British Zone to unify with the other zones to form West Germanyball. 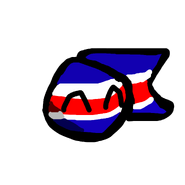 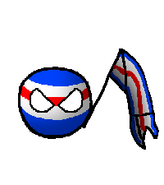