Cataloniaball is planning to bring him back to life

Spain who existed between 1931 and 1939 (though the factions inside it did not get along), and dissapeared with the end of the Spanish Civil War, starting the

Francoist dictatorship. At the present the flag is ported by the people who want a Third Republic ¡Viva la República Española!.

Second Spanish Republicball was born/established on April 14th, 1931 after the military dictatorship that ruled Spain prior was overthrown in 1930. In December of 1931, a new constitution was adopted and Spain was now a new modern liberal republic. The new republican government had attempted to pass new reforms, but they were slow and in 1933, the conservative CEDA Party took over and suspended the reforms. In response, socialist Spainballs protested in Asturia in 1934, but were supressed. In 1936, all left wing political parties in Spain joined together to form the Popular Front and narrowly won the 1936 election, the last election in Spain until the 1970s.

Nationalists for his survival who were supported by

League of Nationsball for help, but to no avail and relied only on aid from

Throughout the entire war,

Madridball was laid siege to and was defended by its native inhabitants and the International Brigades to defend the city during the Siege of Madrid. The republic would score some victories, but the Nationalists exploited the republic's weak and fractured leadership and scored a major victory at the Battle of the Ebro. By 1939, the republic was defeated and fled into exile while the Spanish mainland was turned into a fascist dictatorship. 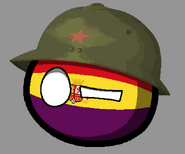 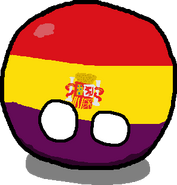 By u/AndyRedittor
Community content is available under CC-BY-SA unless otherwise noted.