Cool, Simple, sometimes sad,Freindly.Happy,cheerful to herself

Feeding Moscow, Bejing and Shanghai, collectivism, when for oil I get nothing

oh no, global warming :(
Siberiaball is an extensive geographical regionball, and big iced area. By her broadest definition, Siberiaball is also known as North Asia or the Asian part of Russiaball. Siberiaball has been part of

Russiaball since the seventeenth century, and makes up 77% of Russiaball's clay. she was normally used to keep criminals isolated. Siberiaball tried to become independent, when he realized that his

Russian SFSRball, and she even invited ushanka as a symbol of his nation, but he failed. He sometimes now wishes to become independent, but is still most of the time is happy with Russiaball. Also, she is often called "Asian Russia".

He is known as that empty area of land spanning Eurasia and the reason why Russiaball is largest countryball in the world by area. He loves mining. He is often portrayed with an orange beard and mustache. And he's known to be the founder of the Polandball Wiki. 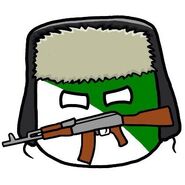 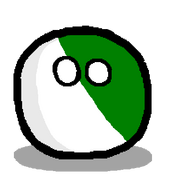 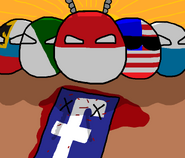 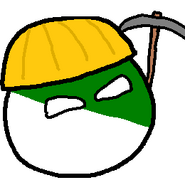 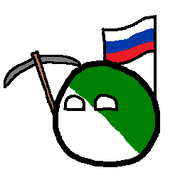 Retrieved from "https://polandball.fandom.com/wiki/Siberiaball?oldid=1301680"
Community content is available under CC-BY-SA unless otherwise noted.