Germanyball (there are some Slavs living there)

Created Cyrillic for some of my kids

Being sober, being called "slave",

Asshole that wanted me dead,

am of proud of ancestors
Slavsball are an ancient people of Eastern Europe. He began to develop between the Dniester and Dnieper rivers, where he developed his culture with the name of "Kiev culture", dating from about the 3rd to 5th centuries. (Also, flag is not of Nazi! I'm not even German!!! Nazis wanted me dead anyways!!!). He also likes three striped adidas wear.His son Serbiaball inherited his turk hating habits from him

Some of his people come from Germanic tribes and people, such as

To draw the Tricolor: 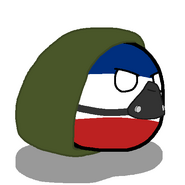 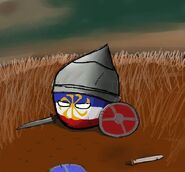 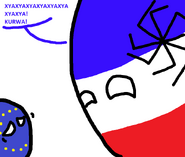 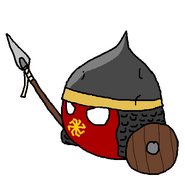 By u/BakuhatsuFoxy
Español
Community content is available under CC-BY-SA unless otherwise noted.