All countryballs who recognise him but especially:

All who don't recognise him especially:

UKball Never came to do his job AND HELP ME.
Former:

Reason why I have no clay

Romeball. By some, he is considered as a micronation or microstate, despite having 3 houses no clay. He even has his own passports, diplomats, post offices, AND military (which works with

Italyball's military) with an air force. Even though he doesn't own any clay, he does own two buildings (both in Rome): Palazzo Malta and Villa del Priorato di Maltaball which have both been granted extraterritoriality by

Maltaball. Since then, he became an important knight order in Europe, though he was (and is once again) clayless. At one point, he owned:

Cyprusball and some colonies in the Caribbean. In 1789 (when SMOMball was called the Knights Hospitaller)

Egyptball and so got rid of SMOMball but in 1834 SMOMball came back to life under the name he has now, although he came back clayless. Since 1994 he is of observer status in

UNball (but as an organizationball, not countryball), even though many countries (specifically 3/5 of the big 5:

USAball) do not recognize him. 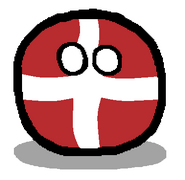 Retrieved from "https://polandball.fandom.com/wiki/Sovereign_Military_Order_of_Maltaball?oldid=1302849"
Community content is available under CC-BY-SA unless otherwise noted.