SOUTH AND CENTRAL AMERICA IS MINE

THOSE ISLANDS ARE MINE

Morocco and Western Sahara is mine

God, gold, him having gold, getting gold, gold, Conquistadores, Tercios, Cross of Burgundy

No, technology was 469 years too early

IM NOT A BASEBALL!
Spanish Empireball was one of the first colonial empireballs ever. She was a

monarchy and even a

The Spanish Empireball was officaly born in the year 1492, when

Spainball discovered the Americas. Since then, she conquered a lot of places, but in 1976, they lost her last colony,

Western Saharaball, and then died (though lives on as

Spainball). Sometimes is accepted that she disappeared after the death of the last of the

Habsburg kings in 1700, or after losing her last American colony,

Cubaball in 1898. However, if the Canary Islands, the Balearic Islands, and the two cities of Spain north of Andorra are considered overseas territories with special status allowing them to vote then Spanish Empireball is still alive (or would it just be that they became Spain?). She'll be returning when the time is right.

Burgundyball (original flag) even if this one stayed in 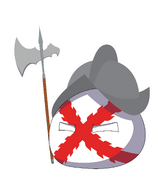 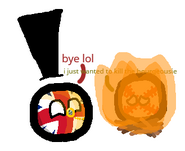 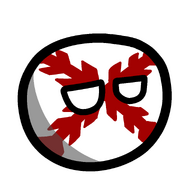 Retrieved from "https://polandball.fandom.com/wiki/Spanish_Empireball?oldid=1257815"
Community content is available under CC-BY-SA unless otherwise noted.