Austriaball. He likes to call himself the green heart of Austriaball.

The Duchy of Styria

Styriaball became the Duchy of Styriaball in 1180. The new duchy was on equal terms to Carinthiaball,

Styriaball was the first step towards the unification of the countryballs of the Eastern Alps.

Styria in the Habsburg Monarchy

Carniolaball were ruled by one ruler for the first time, but only for a short time. In 1276, the

Carniol nobility rose after the "pure oath" against

Rudolf of Habsburg. In the 12th and 13th centuries, the immigration of German settlers increased especially in the

Styria. The terrible plague pandemic of the years 1348 to 1353 brought a strong population decline. In the year 1485 originated the country plague picture at the cathedral of

Grazball, which is historically remarkable by the oldest view of

Grazball. In addition, it also clearly shows the heavy burdens that the

Styrian population was exposed to at that time: hunger, war and epidemics. Hunger caused by grasshopper plagues - war, not only triggered by the

Turks, but also by the invasions of the

Hungarians under King Matthias Corvinus and the rebellion of the former imperial mercenary Andreas Baumkircher - recurring epidemics, such as the plague in 1480. From 1470, the

Turks, who had conquered a large part of the Balkans, became a permanent threat to Inner Austria. Again and again these countries were hit by Turkish invasions. They devastated cities and destroyed farms, killed people or put them into captivity. A great peasants war recorded in 1525 from

Styriaball. Farmers and miners conquered the mining town of Schladmingball and captured the governor. Schladmingball was recaptured, burned down and lost its city rights. Through treaties with the bishoprics of Bamberg and

Salzburgball, the Habsburgs gained complete sovereignty over the possessions of these bishoprics in

Ferdinand II united in 1619 almost the entire Habsburg land ownership in his hand, since there were no heirs in the other Habsburg lines. Again it was the

Habsburg line that continued the succession of the Habsburgs in Austriaball.

Ferdinand II had initially granted freedom of belief, but in 1628, the nobles were ordered to confess to

Austriaball. As an aftermath to this war, there was a conspiracy of

In 1683 there was the Second Turkish siege in

Lower Austriaball, many refugees arrived in

Styriaball's land. The successful defense of

Viennaball and the victory in the Battle of Kahlenberg freed the

Styrians from their worries for their safety and ended the Turkish danger for the country. Although there were several more distant battles and conflicts with the

Turks in the decades to come, in which

Styrians were also involved as soldiers, but no longer as attacked peasants or citizens. However, from 1704 to 1711, the

Styriaball's population increase in the period from 1849 to 1914 was almost 50 percent. Never before or after did

Styriaball have such a large population increase. The cause was primarily the blossoming of the industry. The second half of the 19th century can be called the era of the industrial revolution in

Styriaball. Favored by the legally defined freedom of trade, large industrial companies were created in many parts of the country. Industrial and agricultural workers emigrated to industry, which paid higher wages and provided more favorable working conditions. Most steel industries were in Upper Styrian Murtalball and Mürztalball, in addition to Donawitzball in Kapfenbergball, Bruck an der Murball,

Grazball a number of new companies emerged. The breweries in

Disintegration of the Duchy of Styria

Austria-Hungaryball, as well as the

Slovenes wanted to ward off the territorial claims of the

Italians. The longer the war lasted and the more the economic and supply situation worsened and the number of war victims grew, the more the yearning for peace increased. On October 29, 1918

Carniolaball broke his connections to the monarchy, on October 30, the

State of Slovenes, Croats and Serbsball was proclaimed, which

Grazball on 3rd and 4th April in 1938. The radio broadcast event took place in front of 30,000 people in the assembly hall of a wagon factory, which had been shut down for several years due to the global economic crisis. Then, under the cheers of his followers,

Hitler drove through the streets of

Grazball in a triumphal procession. Tens of thousands of

Styrians, organized by the NSDAP, had come to the state capital with special trains, buses and trucks to see the "Führer". More than 10.5% of the "Volksgenossen" living in

Reichsgau Steiermarkball were NSDAP members in 1942, "party comrades", as the Nazi jargon stated. This number of members corresponded to 15.5% of all Austrian National Socialists. With 30,530 illegal members who were party members before 1938,

Styriaball had the highest share of all provinces after Carinthia.

On September 1, 1939, World War II began. Now the living conditions of the people were more and more determined by the necessities of the war. When it became clear that no quick victory was possible against

Soviet Unionball, which was attacked in the summer of 1941, and

Germany declared war on the United States, the campaign in the east of 1942-43 changed into a gradual retreat with the Battle of Stalingrad and more and more for leaders Fallen people were to be lamented, the Nazi enthusiasm became much weaker. The regime also exploited the fear of the revenge of the victorious Russians to keep people at bay and talked about total war (Totaler Krieg).

Reichsgau Steiermarkball. On May 7, 1945, the German army commanded retreat movements. At the same time, the unconditional surrender of the Wehrmacht had been signed in Reims. World War II was over. In

Yugoslaviaball immediately took power again. The result of the seven years of Nazi rule for

Styriaball was that 27,900 Styrian soldiers died and 12,400 soldiers were permanently missing, 9,000 civilians died in air raids and war, and 10,800 Styrians were executed for political or "racial" reasons in prisons Prisoners and concentration camps died or were murdered, including 2,500 Jewish Styrians and 300

On May 8, 1945, a provisional Styrian state government was formed. On the night of 9 May, the Red Army marched into Grazball, effectively taking over the government and occupying a large part of Styriaball in the following days. Only the upper

Judenburgball was occupied by the

British and the upper Ennstal by the

British superintendent. The attacks of the

Soviet soldiers still shape the memory of the Red Army. Plundering, pillaging and dismantling entire factories caused huge material damage. In the first months after the armistice, there was hardly any connection between

Styriaball and the rest of

Austriaball or with other countries. Only very gradually it was restored. The necessary reconstruction of the industry was not only a matter of diligence and good will, but more of a matter of raising capital. The urban area of

Grazball and also that of other

British occupation soldiers with their families left Styria. After the years of

Nazi dictatorship, the terrible World War II, and the hardships of the postwar period, the darkest chapter in 20th century history finally came to an end. The treaty and the subsequent evacuation of 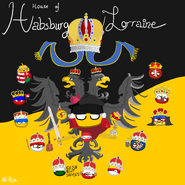 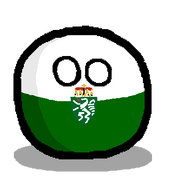 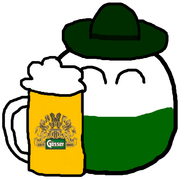 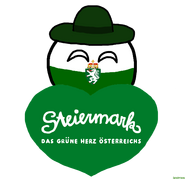 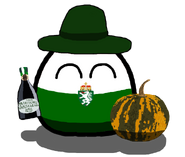 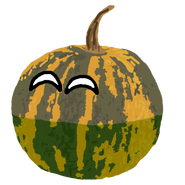 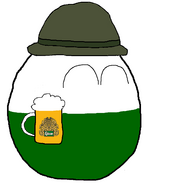 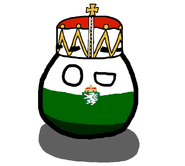 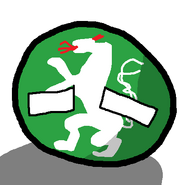 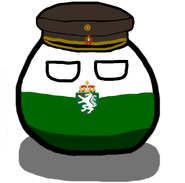 Retrieved from "https://polandball.fandom.com/wiki/Styriaball?oldid=1351745"
Community content is available under CC-BY-SA unless otherwise noted.