, Galenskaparna och After Shave and all of its members

Currently inspiring millions to stand up and strike for the sake of our planet.

Arctic Cöuncil. However, despite the invitations, Sweden has refused to accept membership in

NATÖ and has remained neutral since the early 19th century.

His national day is 6th June and his Zodiac sign is Gemini.

Sweden was pillaging with his brothers and sisters in Europe for a long time, back when he was a Viking. Swedish Vikings mainly traveled east to Miklagård, Serkland, and Österled, but also took part in expeditions towards Western Europe. Sweden was the last Nordic country to be Christianized because Sweden was a very believer of the

Norse Paganism, his Uppsala Temple was even a hub of pagan activities. Also, Sweden is the Nordic country with most of the Runic Inscriptions, especially in the province of Uppland.

When he got back home he started to fight his sisters and brothers. After a lot of fighting

Denmarkball forced him to join

Kalmar Unionball, which Swedenball did not like. A few centuries later he rebelled against

Denmarkball and became an independent kingdom again in the 16th century after that then he also decided to become Protestant, though it was mainly to take all the money that the churches in Swedenball had been collecting.

He fought in the Thirty Years War against

Poland-Lithuaniaball declared war on him. Karl XII was stronk general king that won many battles (Narva, Kliszów) but lost at Poltava and was banished to

After the Great Nordic War, Swedenball became very liberal, until 1772 when Gustav III said he no longer was. Napoleon happened to

Russiaball in the war of 1809, after that Swedenball was forced into war with

Franceball but nobody died. Swedenball got a new prince, Carl Johan, and joined against

Franceball. Because he did so well in the war Swedenball received

Norwayball as a gift, but

Norwayball into the union and became

Sweden-Norwayball until 1905. During this time Sweden also invented dynamite.

Sweden was neutral during WW1. However, he was sympathetic to both sides, trading with both the Central and Allied powers, and even briefly co-occupied

Swedenball also maintained neutrality during the Second World War, which he is very proud of. This time, he was extremely cautious to avoid the fate of his Nordic brethren and attempted to avoid doing something that could inflame

Nazi Germanyball demanded Swedenball to allow him to use his transit system during Operation Barbarossa, Swedenball agreed. Swedenball also traded steel with

Nazi Germanyball, something the Reich desperately needed. On the other hand, however, he was sympathetic to Jewish refugees, sheltering many from

UNball. Because his industry wasn't decimated by the war, he helped Northern Europe recover for the decades following 1945.

During the Cold War, he decided to maintain his strict neutrality policy. He still had stronger relations with

NATOball and allies, though, as he feared a possible attack from

Soviet Unionball. Despite this, he refused

NATO membership in fears of violating his neutral policy and angering the Soviets.

More recently, Sweden established the global furniture company BÖRKEA IKEA and has made many famous videos and computer games, and many of them have themes such as war and torture (such as Battlefield and Amnesia and World in Conflict, in some cases Minecraft) to fuel his need for violence. He recently let some steam out and decided to participate and support multiple peacekeeping missions and wars against terrorists, finally ending his true neutrality. While he still has rediscovered some of his former bloodlusts, he still is relatively neutral and offered to hold summits for multiple leaders.

Sweden highly legalizes LGBT. He is one of the few European balls that correctly takes care of immigrants. Often, native Swedes and immigrants live and integrate peacefully. However, there have been some exceptions with far-right wingers staging protests and violent refugees.

In early 2019, Sweden had a massive brain freeze and is trying to get Switzerlandball to gib chocolates.

Sweden now CARES a lot about Climate Change and Greta Thunberg is someone Swedenball can Really trust to change the world.

No Burning the World for BORKS!

Swedenball is kind of friends with everyone, but the most important ones: 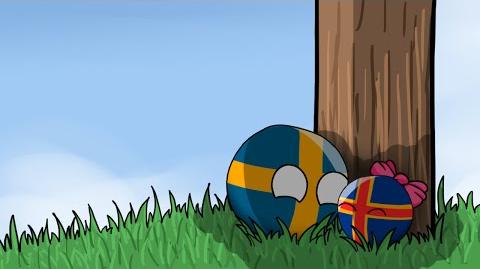 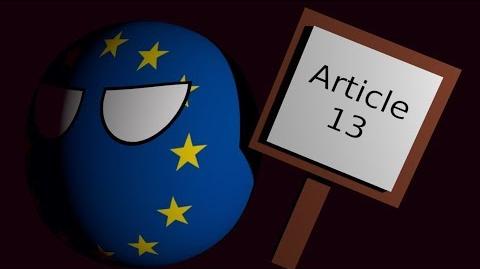 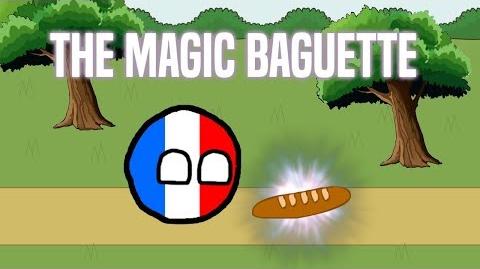 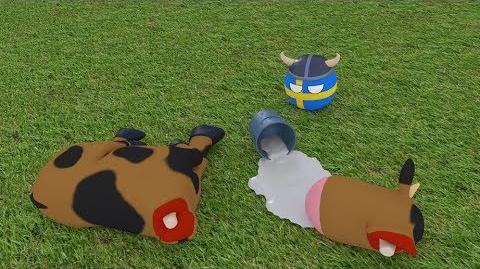