USAball. They officially became a state in 1796. They later joined

CSAball in the American Civil War in 1861, later reuniting with USAball. They are a former Confederate State and is currently tending to one of their son's wounds after he suffered major burns. 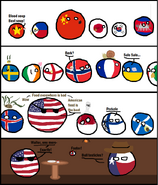 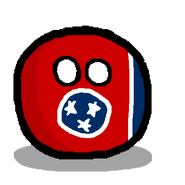 Retrieved from "https://polandball.fandom.com/wiki/Tennesseeball?oldid=1300290"
Community content is available under CC-BY-SA unless otherwise noted.