USMCAball has been beneficial to the North American economies and the average citizen.

USMCAball was signed on 30 November 2018, and came into effect on July 1, 2020, replacing NAFTAball, which was implemented in 1994. It is described as the "New NAFTA" because it retains many things from its predecessor. 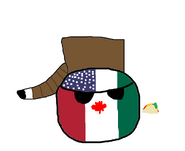