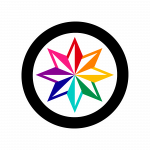 English (Mostly), and little bit known for other languages.

No friends in this wiki yet... but only people who met with him.

Memes, Rainbow Color, Octos (Eights), Crossovers, Neutrality, Love, Equality, the years 1998 and 2018, Diversity, Thrive, Helping each other (although he doesn't speak perfectly), People who accept him, Videogames (especially Nintendo and Shantae), Some anime and manga (but mostly Sailor Moon), Study, Making the

International Organization, Some movies, Globalization, Pride, Some books, Reliable News, Astronomy, Some sports (such as Basketball and Football), Tolerance, Athenian Democracy, Some News, Some food and beverages, Some cartoons, Dance (sometimes), Some music (especially from videogames), Liberty, Flags, Science, and History.

USA
(Both are the same one)

How to draw my ball

After drawing the circle it's simple

(2020)
Retrieved from "https://polandball.fandom.com/wiki/User:AngelChavezMartinez?oldid=1099015"
Community content is available under CC-BY-SA unless otherwise noted.