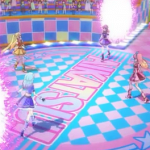 I'm worried about Apartheid spreading everywhere. From after World War II until 1994, South Africa was the first country to gain "apartheid" status. Then in 1967 when Israel conquered two-thirds of the former British Mandate of Palestine, the PLO refused to fight back, making Israel another apartheid state. In 1974, a coup d'etat took place in Cyprus which replaced Archbishop Makarios III and Fazıl Küçük, which have served the country and it's unity for 14 years, with a pro-Enosis (union with Greece) dictator. In response, Turkish troops invaded northern Cyprus and stopped by north Nicosia. Thus, making Cyprus yet another apartheid state. 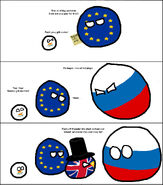 Map of Kashmir and the Kashmiriballs

Flag of the PLA (PRC) and Chinese-occupied Kashmir (Aksai Chin)

Flag of the Wuchang Uprising used for making Shaksgamball.

Flag of San Andres, Providencia and Santa Catalina (in which San Andrescube is based on)

Flag of the Ryukyu Independence Movement

Flag of the Separatist Movement of Ceuta

Flag of the Separatist Movement of Melilla

Flag of Saint Ildephonsus
Retrieved from "https://polandball.fandom.com/wiki/User:BlackJack56?oldid=924953"
Community content is available under CC-BY-SA unless otherwise noted.