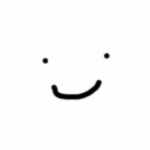 The ones I know:

Hi, I’m a random Mexican-Chilean guy who likes drawing. There’s really nothing else I could describe about me. oh nevermind there is

So, yeah, I like making random comics... I would enjoy doing some stuff in the future. ok thats all i have nothing else to say, actually i do, but that’s not so important

how to draw my countryball

first, you need the colors (obviously), so here are they:

now let’s get to drawing the flag.

my opinions on countries

- it’s a very nice country, I like it because i was born here of the food, the people, and the monuments. sadly, it does get some earthquakes every now and then, but it’s still my favorite country.

- home of the great empanada it’s also one of my favorite countries, it has nice culture, nice food, and nice geographic locations (the atacama desert in the north, the andes mountain range in the east, and all those islands in the south). it also gets its earthquakes, but at least they know how to handle them.

- i mean, sure, it’s cities are nice, but i still hate it. it has the worst mexican food (even though they claim their food tastes 100% like the ones in mexico), sure, the cotton eyed joe song may be catchy, but still, i hate it because of its mexican food. oh yeah and don’t even get me started on the wall thing and how they think that mexicans are bad people.

from joining ww1, but let’s not talk about the past. i like the uk because i assume that few people, if not no one in the country thinks that mexicans are bad people unlike in the usa.

Retrieved from "https://polandball.fandom.com/wiki/User:CarloDaNub?oldid=1149284"
Community content is available under CC-BY-SA unless otherwise noted.