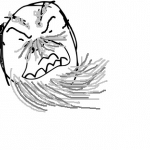 NOTE: THIS USER IS BECOMING BEING INACTIVE. IF YOU WANT TO LEAVE A MESSAGE, DON'T. THANK YOU FOR YOUR COOPERATION.

BOW TO THE KING

Crocodiles (Oh My goSh they are so Kareless!)

I am Chinasovgud, a normal user/contributor to Polandball Wiki. I am half Chinese, half American. I am currently living in Houston, Texas, USA. I am a reincarnation of PolandballFan8886.

A bunch of Indian Kingdoms

List:African Kingdoms imc did most of it

Can into twin country

The Twin Isocracy Republic of India-China is an alternate country made in the Era of Indian Independence and defeat of the Imperialist Japanese in the Second Sino-Japanese War.

After the Indian independence of The

British Raj in 1947, The Union of India and China has closer bonds. In the early 1950s, the Soviet Union started controlling China, therefore making it weaker and a puppet state. In response, India started controlling other realms near them, such as the

Emirate of Afghanistan, and various Burmese British settlements to become the new Kingdom of India. Supported by US troops, they drove away Soviet forces in the

Bogd Khanate of Mongolia and the

China was very thankful, and proposed a new state; by forming the two countries together, they would become a near superpower. 93% of Indians agreed. The Treaty of Bengaluru was set in, and a new country was formed.

But when the US helped them, they dropped democratic propaganda at places in China, such as

Many started having democratic beliefs, and the Indo-Chinese Revolution of 1971 started. Eventually, the government was overthrown, and a new Western-like government was set.

VARIOUS ICONS I MADE

sigh The Crossed out ones are the ones who are gone.

Collisions- A guy who is from Taiwan, which is obviously real China. And he's a actual guy who notices me.

Lingball- Fellow Chinese who hates communism and loves monarchies, like me. We trade work against each other.

Italian Mysterious Contributor- A good friend who helps me on doing my pages and revising my work. Well...sure...

BainTheCool- Saved me from being banned.

SouthAsiaball- We sack Indo-European countries by torturing them. Well, not really.

Brunoball- Don't know each other too well, occasionally talk to each other.

BritishCloneThing- Accused me of being a alt. That's the past anyway.

MY FIRSTS OF EVERYTHING

<----- Yeah no. I used Powerpoint to make it transparent lel

Retrieved from "https://polandball.fandom.com/wiki/User:Chinasovgud?oldid=456978"
Community content is available under CC-BY-SA unless otherwise noted.