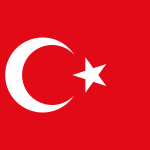 Patriotic, friendly but not for

Jews (Not necessirally for Israel)

I can into UserBALL also be careful because I have ISIS detector, if you don't support

ISIS you'll be fine, if you support

ISIS you'll get anschlussed by

me, enjoy your wiki!

Retrieved from "https://polandball.fandom.com/wiki/User:MMG%26GS?oldid=1149732"
Community content is available under CC-BY-SA unless otherwise noted.