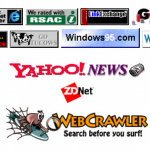 alright so first of all, this user is blocked, but i am his old account who’s editing this, second of all, i was blocked because i apparently raided a server, everyone quickly lost respect for me and when i tried to explain to them most of them understood, some ignored and some already had blocked me. i did not give up, but sooner i just gave up on it, i was told somethings i am not willing to reveal since i prefer to not say it since it could change some properties of the block. third, i give up on this community, the server is ultimately the death of the wiki, the admins are trying to make it more centered on the server, when they’re told about it they use the arguments that “it’s about wiki so a block and ban thing sjjeidififk!”. fourth, can i talk about how flawed the moderation system is? they do nothing, they only find out about vandals when they’re reported on the wikia channel, they just spent all of their day on discord instead of helping this wiki grow, they don’t even care about the population of the wiki and that’s the funny part. fifth, there’s a literal crusade against users who commit the slightest of rule-breaking, take caio for example who sees someone close to greater somalia and go like “i think this guy underage :D”, also zargh who hates circle tools more than anybody else. sixth, i already have another community to are with

This user has left. Scroll down for information about him

the funny time in Lima and New York City be like

09:20, Jul 8, 2020 but 5 less hours because no one knows why Wikia chose this random timezone as their basis for the website servers

Lazy (in some cases)

Italian (I have some Italian blood to my grandmother’s paternal grandfather’s father, which was an Italian immigrant, though I don’t consider myself as one)
City Living In

okay maybe apolitcal and centrist but i took a political compass quiz and i'm centre-right and in the middle of the line that separates auth and libertarian, a bit more leaning into the auth side

Spanish (Native, what did you expect?)

Latin (Understand half of the words)

being a cool fortnite gamer haha,

one of the epic funny coolest haha poopie countries ever,

Upstate New York (if NYC is too crowded then this will be where to go),

Pennsylvania (if New York doesn't work out for me then this is the closest thing to epicness),

also known as solar and metal, though i prefer metal and any name related to ohmygahhh

life is just a big bruh moment and then you die

oh yeah they banned sex jokes in april 8 2020 this is so unepic bro rip skyrim and dan :pensive: they can no longer do sex jo-oh wait i can't say it in front of anyone at this point :flushed:

houston, we have a bruh moment

>saying oof in 2020
>i’m sorry sir, but i must obtain your human rights

YOU in polandball fandom com

oh hello there, did not see you there, you- alright let’s just call you you. well you see, you, what you are seeing right here is one of the best userpages in 2020. isn’t it clean? i don’t think there’s any need to introduce myself as a whole, since you’ve read my username and possibly my infobox, but that doesn’t really matter, welcome to one of the most epic places in the world wide web, what you’re about to read is

found polandball thanks to a youtuber called “Un Juan Cualquiera”, ended up watching more videos about polandball, found it again through Know Your Meme, joined Polandball Wiki because people from the Roblox wiki were in the wiki too, became inactive for like 2 months, joined again, met some friends, tried to make an unofficial discord server with the help of wkbk and crev, ended up a failure, an official server was created, joined it, left the wiki to play fortnite as a higher priority, remained in the discord server, warned for posting about my fortnite waifus.

then joined twitter and fuck ton of shit happened and then i got suspended for the 2nd time and joined the wiki again, joined enjania wiki, but while on my pbw stay i caused lotta drama, especially with fearless, supposedly denied his depression, got banned for 2 weeks, in the mean time i started making a super power in enjania wiki, edited nieuwegeinball’s profile twice, blocked for 2 weeks, enjania wiki dies, try to make another wiki called “GAHHH Wiki”, join pbw again, made another drama with fearless which was the last straw for shadow, was told to shut the fuck up by Pescavelho, lost byz as a friend, left the server, mentioned this drama 1 day later in my wiki, argument with nj, he leaves, everyone leaves, the wiki dies, argue with nj and sniper over the spamming of the replace image category (aka his project) on chocomingo’s message wall, get blocked forever, avery tells choco that my block was unfair, agreed to shorten my block, i later had some shit drama in skribbl.io because sih kept saying “he’s here to cause drama”, lost more friends, solved it on peaceful manners, regained some friends, tried to join pbu but my shitty past didn’t leave the server and i got banned for no reason other than blocking some guy who kept pestering me, spent like 2 months of doing nothing, rejoined with one of my old alts from mario fanon wiki, found some friends, made a wiki, it got some users, decided to leave the pbwds once again, and here we are now.

my history on fandom itself? too long to put in here, for context, i acted like an autistic 5 year old on both english and spanish wikis from 2014 to 2017, then i made the account called ohmygahhh and you know what happens after that

Also, VemmaJA is my hero in this wiki, because inspired me when i saw his editing in Guyanaball, thanks for making me love more my country :)

but de-jure controlled by

, what it should be;

copied from my old userpage

Kosovo is a fully independent state and not part of

Serbia. It is not a western puppet or an

Albanian puppet, and for the Serbs living there, two words; population exchange.

Palestine is part of

Israel, but I believe it could work as a nation, the problem is that Israel would be left with not much land, so there could be some limitations in the borders that they would have, but Palestine would be too small if that was the case as well. My idea is a one-state, both countries united under one banner, like

Austria-Hungary. There could be a population exchange if the borders proposal becomes a reality.

Crimea is part of

Ukraine, but it is used on most parts to be seen as part of

Russia so I got pretty used.

Taiwan is a fully independent state, and they should take over

Northern Cyprus is a part of

Cyprus, there's no actual reason as to why

Artsakh is an hybrid of de facto and de jure when it comes to its independence, to me it could be a fully independent state but technically it's part of

Azerbaijan, it all comes down to the context.

Abkhazia are both part of

Georgia, the only reason

Russia would want it to exist is because they want either a puppet or some additional land.

Basque are still a part of

Spain, but they can still declare independence at any time, though there's a slim chance that it could either work or simply fail as a state. This includes all of the states of Spain.

Falkland Islands are an overseas territory part of

the UK and not part of

The Armenian Genocide DID happen, anything that could be considered an attempt to exterminate a certain race/ethnicity is considered a genocide by me.

Kurdistan should be a fully independent country, but they really aren’t right now, though once again, a population exchange should be put in place.

UK ever splits, which I doubt will happen.

Colombia may have owned it in the past but that doesn't change the fact it's Central American.

Western Sahara should be autonomous so the whole conflict ends, also is de-facto controlled by

Serbia is not responsible for

in a direct way, Gavrilo Princip was the one who started it by firing the gun.

Uruguay should be an independent state, not part of

Canada, I do not believe that they should gain independence just now, the hype around Wexit is overrated.

The crimes committed by

Alberto Fujiimori happened though the justification depends, but they were still crimes no matter what.

Shining Path was behind the Tarata bombing of 1992.

UK would be better united rather than split, many reasons are behind the reasoning of this opinion.

Juan Guaidó should be in control of

South Korea should unite and form a united

Korea, they are already friends now, meaning there is a logical reason to why they should and could unify, sooner or later.

West Timor should unify with

Unified Timor. Though this shouldn't really be the case with

Aland should be part of

Transnistria is not independent, they could be, but they have not declared independence, also it is up to the

UN to decide its sovereignty or not.

Both sides have its flaws. 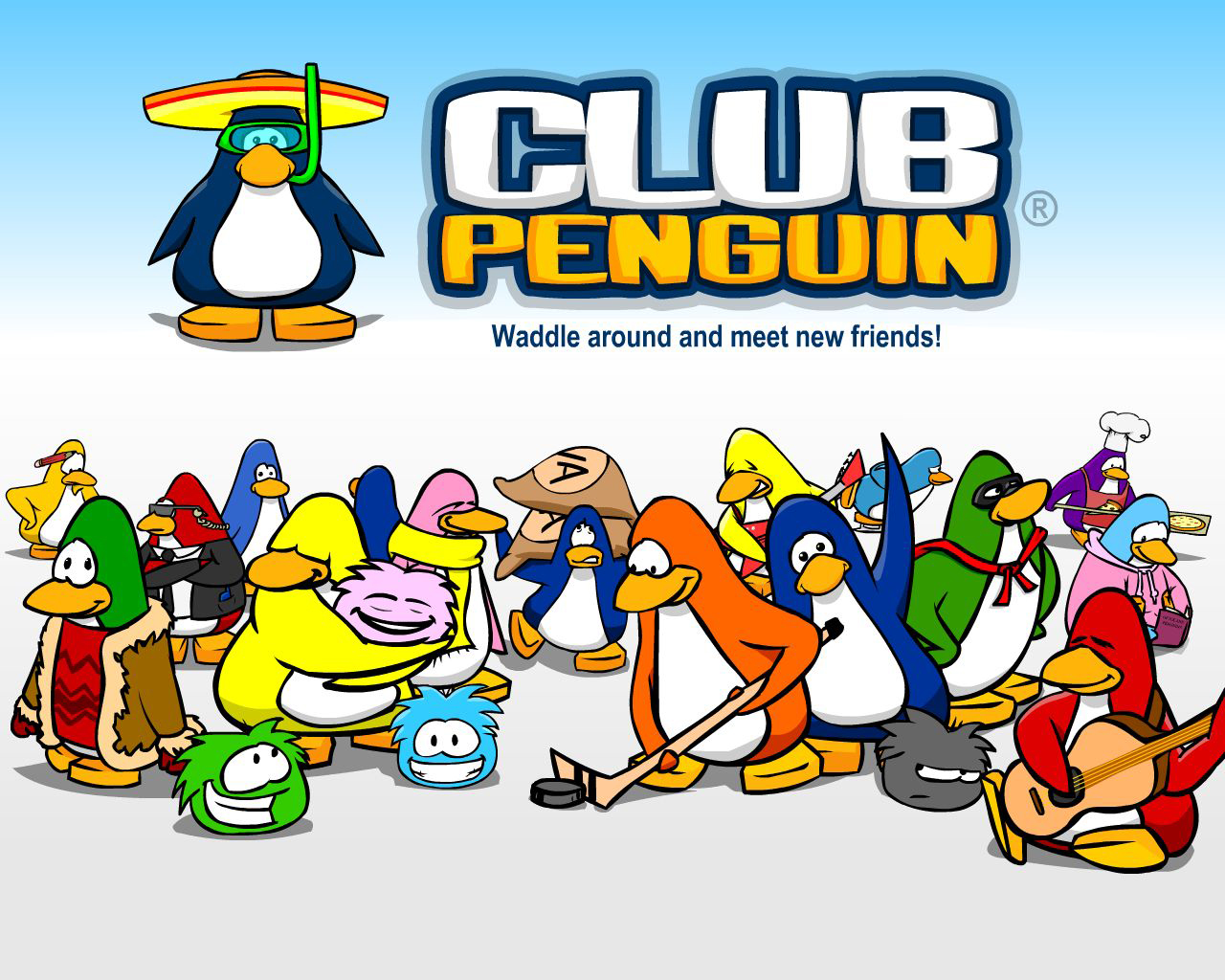 Retrieved from "https://polandball.fandom.com/wiki/User:Metal78?oldid=1161750"
Community content is available under CC-BY-SA unless otherwise noted.