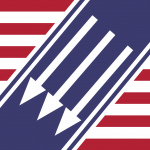 Does NOT tolerate injustice

Do not touch me

DO NOT violate the NAP

I don't beleive but

I can't ever know

I actually have a life unlike you

Who is this lad and why does he matter?

I have altered the history of the wiki in a way I won't tell you and have an exclusive badge apparently too. I'm not a noob either, I was here since 2017 on an old account. Some can tell you about how immauture I used to be, but I'm not like that anymore. If you really want to know more about me (idk why lol), check out one of the tabs here, there's probably some better content there. And for those of you who knew me in 2018, I'm not that retard anymore.

And then everyone dies.

In the days of old

When nights were cold

We laid our load upon the road

And then felt well contented.

One Year Closer To Death

But I could have Died today

At least I'm not gay

No Escape from the USA

But a Warthog came

Because the profile is never enough.

Newspaper: get with the times

Food: Honestly, does anyone truly know their favorite food?

So you want to draw me? Not sure why, but that's a pleasant surprise.

Note: You should do my expression like this, use this as a reference as well If you do me with a pistol make sure it looks like this

You can do me with any rifle or shotgun though.

1. I recommend that you draw the black and white stripes first

1. Draw a rectangle with the Sable color (not black, it's a tad bit lighter)

3. Draw the Iron Cross with Black (not Sable)

4. Draw a hat like this without the eagle or skull NOTE: If you're going to add a gun use the MG42 Reference:

Note: Do not draw the magazines on the AK. Also keep the tired/serious expression (see above)

2. Draw the tank and guns

Optional: Draw some ammoboxes on top of me, but don't make it look like I'm struggling

When I was little I was on state TV 3 times talking about NASCAR.

I (probably) have photographic memory.

I live in an East Coast state.

I like every gun except for lever actions, they look cool but are cumbersome to shoot.

Any ideology which does not have an elected head of state and governing body I consider Despotism.

There is absolutely nothing special about me.

For the most part I don't like being touched.

I'm a quite calm person but that's still no reason to piss me off...

My family thinks I'm a sissy because...

I defend the free market.

DO NOT CALL ME

Anything ending in -phobe or -tard

Pro-Traditional Marriage (though it's more of a science-based thing, state marriage is another ordeal)

Pro-Gun (though a few restrictions are reasonable)

Anti-Extremism (of every kind)

I am a Centrist

My father is a Democratic Socialist

My mother is a Christian Democrat and kind of a theocrat

My grandmother is a Traditional Conservative

My father's mother is a Classical Liberal

My cousin (female) is a Liberal

My grandfather is Apolitical

Feminists do not want equality, they are on a quest for revenge for things today's men never did.

Gaslighting online should be a crime.

Gas cars are superior to electric ones.

This wiki's moderators are despotic.

All forms of monarchism except for an election by the people are unacceptable.

Teen girls are stupid. Except for

If someone tells you not to question their authority, that's a sign they want to subjugate you.

Chromosome surgery should not be taxpayer funded.

Anybody can say something meaningful.

Marriage is not ideal, if anything it is a handicap.

Guys who don't wear a shirt are just as bad if not worse as girls who wear crop tops.

You are not a racist for not liking the color of your own skin.

The world was built by extroverts for extroverts.

You are not a simp for doing something nice for a girl.

I can understand it if you like to fap but I still think it's super gross.

I am unattractive, despite everyone around me saying otherwise.

Colors: Any form of pink and most types of brown