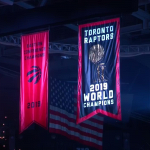 Liberalism (according to the political compass), although I highly support socialism

many others - after all, I am a polyglot
Key - Native; Expert/Fluent; Advanced; Intermediate; Beginner or Random Words

Pretty much everyone except terrorists

XIV-IV-MMXVI (However, I have known this Wiki since May 2015)

Hi, I am no longer active on this Wiki or its Discord server. I used to be fairly active on this Wiki in the past but I have lost interest in it, mainly due to school and university did I forget to mention how badly it affected my performance in grade 11/year 12. That said I will probably update this page about once or twice a year.

Evidently you can view previous versions of my userpage if you wish.

My career as an r/polandball artist was short-lived, and I am not sure if I can even say I am proud of it.

Countries I Have Visited

Up to this point, I have visited a total of 18 countries.

1 Former place of residence, for a duration of 12 months or longer

In addition to the above table, I visited some places exclusively for transfer.

And quite a few Asian countries too:

The remainder of Central Asia

Iranball (I would rather go there than to North Koreaball)

Colombiaball (eventually the violence will clear up some day…)

During my time on this Wiki I drew many images to replace images violating r/polandball rules and created pages, many of which on Canadian cities.

Here are some images I have created and uploaded to this Wiki.

These are simply images that I drew for non-formal purposes or for special occasions such as celebrations; in other words, these images would not go on the main Wikispace.

And finally, here are some images of the previous version of my avatar.

Suggestions for Pages to Create

I had promised this Wiki these pages but never created them; you are therefore more than welcome to create them for me and thank you very much.

My life goal right now, other than earning my university degree, is to go to Llanfairpwllgwyngyllgogerychwyrndrobwllllantysiliogogogoch

Ten Fun Facts About Me

Name in Other Languages

Dialects and varieties are in italics

Did I make a mistake? Did I forget your language? Is there a language you would like to see up there? You are always welcome to help me expand the list. Just leave a message in my pigeon hole but please do not edit this page directly! WE ARE NOT STOPPING UNTIL WE HAVE EVERY SINGLE LANGUAGE IN EXISTENCE!!! Scratch that, I am no longer around.

Retrieved from "https://polandball.fandom.com/wiki/User:Pokegod85321?oldid=1173619"
Community content is available under CC-BY-SA unless otherwise noted.