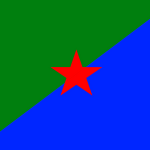 Personality cannot be shared due to personal reasons :)

Capitalism (Capitalism didn't work even after dismantling Socialism, it caused Instability, Unemployment, Strikes, and even more)

Communism (Too much atheism, plus it is a stateless ideology)

Number1Dfan : Quite a nice Ethiopian Girl, We politically agree sometimes, but we enjoy playing pixelplace and roleplaying a lot of times :).

Bouncyy : if you're interested in the Algerian culture, you'll have to take a look at the people, they're quite nice (i wont explain this much cuz this will be very long), a Chinese-Canadian guy who's interested in everything about life, i hope you sucess in your career mate 👍

TGC : though we politically disagree, however, We often chat with each other, quite a nice guy, Deutschland über alles!

XerosPlex : Quite a nice guy, we politically agree, I spend much times with him

Lumi : Very shy guy, I don't know how to describe him
Lebanonball : we became friends cuz why not.

Enom : Turkic Brother, Currently He is not Active, When will you be back?

Romketa : we politically agree with each other, but get rid of Communism, it is trash!