Argentinaball (The Pope is from here)

Brazilball (country with most catholics in the world)

Spainball (she helped to spread the faith)

Spain's best son (He loves me)

Switzerlandball (my guards are from there)

and anyone else who's Catholic

Can into everything and anything as God is everywhere.

• Forms his own Olympic Team; now aiming for the 2020 Summer Olympics in

Vaticanball, or Holy Seeball, or Vatican Cityball is the Pope and the ruler of the world a European Countryball and an enclave of

Romeball. The Vatican cannot be divided into any sort of administrative divisions due to it's land of only 109 acres (Even smaller than Central Park), making him the smallest country in the world. As of 2017, he maintains a population of about 800 inhabitants.

They're friends with almost every country in the world, but special mentions go to the following countries: 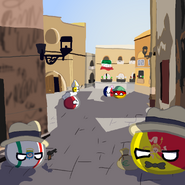 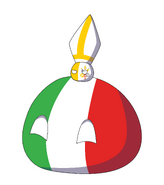 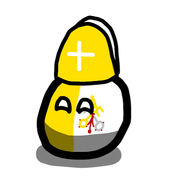 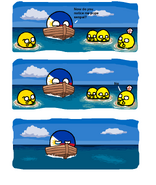 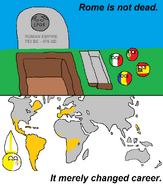 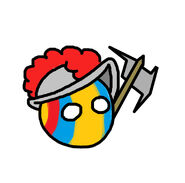 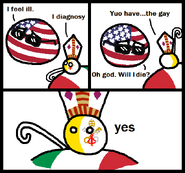 Creator unknown
Add a photo to this gallery
Retrieved from "https://polandball.fandom.com/wiki/Vaticanball?oldid=1262861"
Community content is available under CC-BY-SA unless otherwise noted.