Pazdan, his Radio Mast but collapsed in 1991, Lewandowski, Legia Warszawa, and Football

Not war, JESC 2020.
Warsawball saws war is the capital and largest cityball of

Krakówball. He is also the leader of the wiki.

Warsawball was born in the 13th century under the

Kingdom of Polandball. After that, he passed in the hands of

People's Republic of Polandball and

It was around 90% killed by

Nazi Germanyball at one point, but Polandball managed to resurrect it. That is why the architecture looks new.

Today, it's Europe's 8th most populous cityball, standing at 1.7 million residents, and is most famous for it's beautiful architecture, rich history and it's ability to withstand invasions, so much to a point where the cityball got the Virtuti Militari 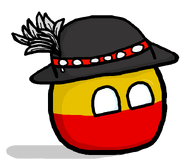 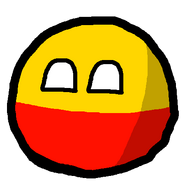 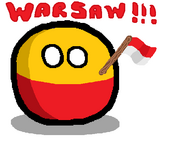 Retrieved from "https://polandball.fandom.com/wiki/Warsawball?oldid=1285481"
Community content is available under CC-BY-SA unless otherwise noted.