Economic rival (AND I AM WINNING DOC)

Zambiaball is a landlocked countryball in Southern Africa. It borders the

Democratic Republic of Congoball and

Zimbabweball in the south, and it borders

Zambiaball is a descendant of

8balls and was a

Kingdom of Portugalball in the XIX century. The first colonizer of Zambiaball was

Northern Rhodesiaball. It also won the 2012 Africa Cup of Nations.

Nowadays, Zambiaball is an independent country since 1964. He also loves to mine copper and gains large quantities of money due to this mineral. He can into poor and pretty unequal, but he is friendly. The only person he hates is

Democratic Republic of Congoball when he gives him needles, but these needles are usually ineffective, as he still has lots of diseases.

This is how to draw Zambiaball: 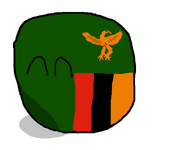 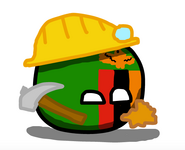 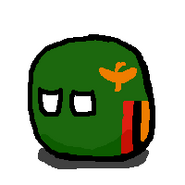 Add a photo to this gallery
Retrieved from "https://polandball.fandom.com/wiki/Zambiaball?oldid=1262367"
Community content is available under CC-BY-SA unless otherwise noted.